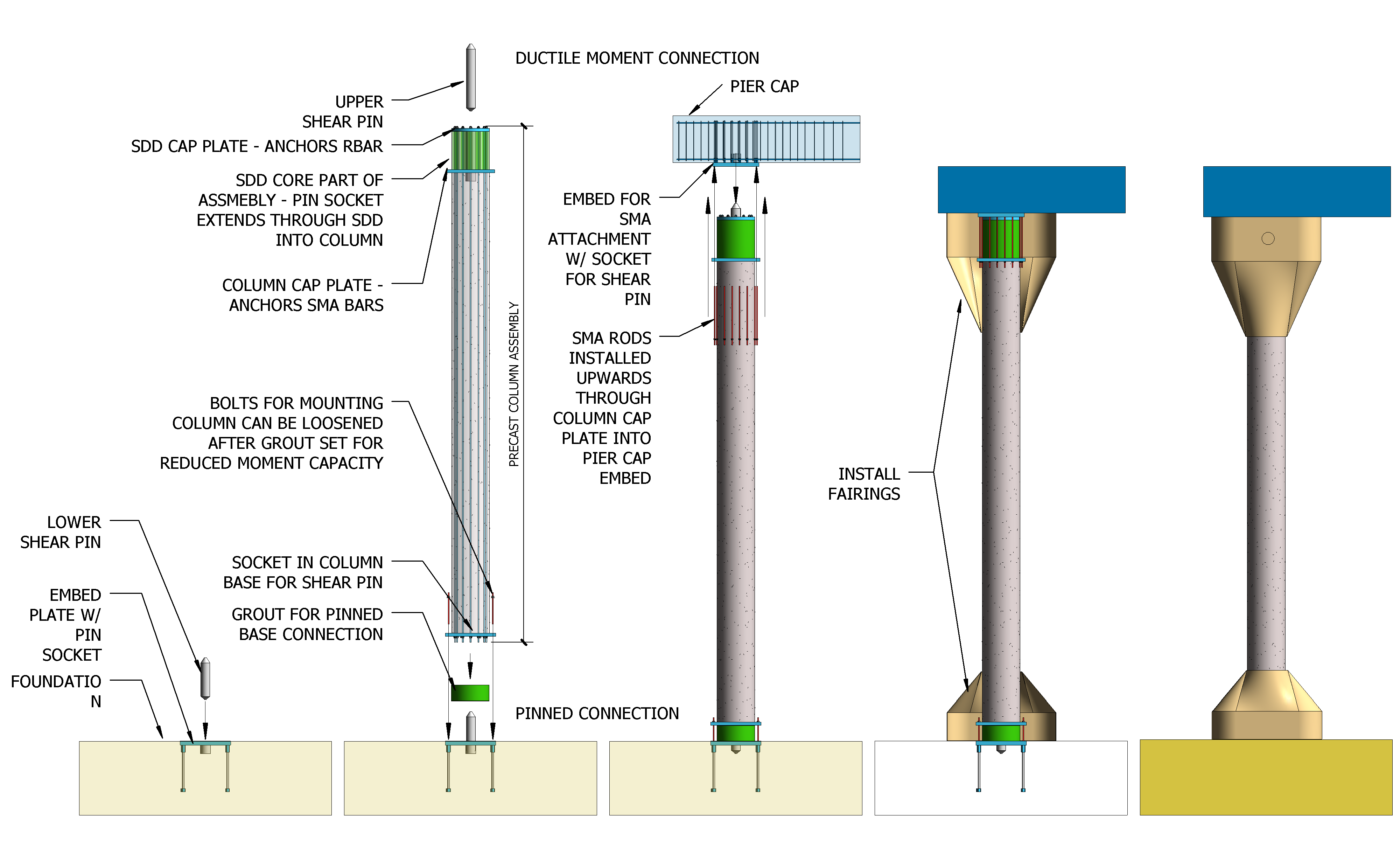 The SCS RAPID column system allows the column and pier cap to be poured at the same time as the foundations  - on site or at another facility. The system has a foundation embed which can be a ordinary moment connection, a SDD moment connection or a nominally pin connection as shown in the example below. Because the concrete curing of these components occurs in parallel, months of time can be saved over conventional cast-on-site construction.

Think Outside the Column